A couple of weeks ago, on a whim, I called a company CEO to see if I could schedule a few minutes of his time on the phone. I wanted to talk about his future plans for this very exciting company he was running. Having not heard of Corum Group, his response was, “Tell me in thirty seconds or less why I should keep talking with you.” 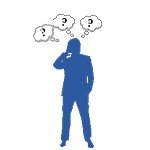 While a little abrupt, that response was not at all unreasonable. It certainly forced me to think about the reasons why a CEO (any CEO) should want to talk with an investment banker.

So here it goes…

The primary responsibility of a CEO is to build and realize value for his or her investors. While this means a CEO’s first priority is building a successful business, it’s also important for the CEO to give some thought as to how that value can best be realized. Typically, value is realized in the form of profit sharing, dividends, or a liquidity event that allows the value that may be locked up in a business to be monetized.

As a result of that last point, every business is always up for sale – it’s just a matter of negotiating the price.

For example, in discussing how aggressive China was becoming in acquiring US and European technology companies with a different CEO, he said:”[Y]ou know, if they had a couple of hundred million I would sell to them.” What’s interesting to note here is that he was not actively looking to sell – at least not yet.

As a former CEO, I believe that every chief executive should be spending at least some time thinking and strategizing around how to get acquired. Something I frequently hear is the clichéd saying that “good companies just sell themselves.” False. Acquisitions don’t just happen – they take time, planning and effort. This is a lesson that successful serial entrepreneurs learn very early on.

It’s not enough for a CEO to just build value – it has to be the right kind of value. The value has to be built in such a way that as the company achieves major milestones, it’s also attractive to a potential acquirer.

So what does all this have to do with getting to know an investment banker?

Because of the nature of what they do, investment bankers talk with a lot of people; industry thought leaders, competitors, private investors, various advisors, partners at venture capital and private equity firms, potential sellers and many potential buyers. This means that in addition to their normal services, they can provide many contacts that might prove useful to a CEO.

In fact, the better investment bankers are often approached by companies looking for opportunities; either certain types of technologies, or companies that they can partner with, or acquire in order to enhance their business strategies.

At Corum, at least two to three emails go out each week from the various deal makers saying that company A or Private Equity firm B is looking to acquire a company or technology with the following characteristics. Or that a particular company is looking to form a strategic relationship with a partner that can provide access to technology markets in South East Asia or Europe, for example.

So, in addition to helping monetize value, an investment banker can also help a CEO:

·         make connections with potential investors, advisors and business partners, and

It’s worth remembering that while a few acquirers actually do come from out of nowhere, most are generally watching their M&A targets for an extended period of time and/or often have active business relationships with them.

The smart CEO knows that he or she should be proactive. They should meet and/or talk with bankers so that the bankers understand their story, their company and their objectives. The smart CEO understands that most bankers take a long-term view and so seek to develop some sort of relationship. In the process, he or she can gain new insights, advice and access to what is often an impressive rolodex. And the best part of this? Most of it is free!

Additionally, if and when a pre-emptive offer arrives out of the blue and it is time to formally engage a banker, the smart CEO has already established a certain level of knowledge and trust.

For some related reading, I suggest “Companies don’t sell themselves: a love letter to CEOs” by Gil Beyda, a well-known VC. And if you’d like to start your own relationship with an investment banker, we’d love to hear from you.